Cosby Scandal In One Short Video, Where Does He Go From Here? 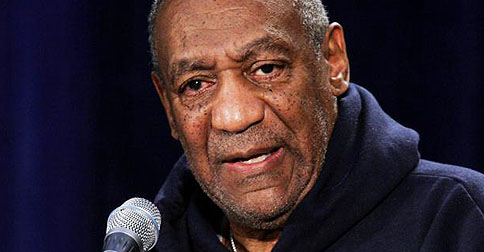 Below is a quick video that pretty much sums up what the most recent details are in the Bill Cosby deposition that surfaced recently. You can read more details below.

The question is now that some of Cosby’s own words from the 2005 deposition are being used against him, where does he go from here?

The bottom line is Cosby isn’t necessarily being tried in the court of the law, but he is being tried in the eyes of the public and so far he’s looking guilty. So if he isn’t guilty as he says, what should he do?
1. Try to do some damage control and begin giving his account of what happened in press conferences or public interviews?

2. If he truly didn’t “sneak” quaaludes to women without their permission, should he just say ‘screw it’ and be upfront with the public about what really happened in his past affairs, even if it makes his Jello pudding pop persona look bad?

3. Continue to do what he’s doing? Say nothing and attempt to wait for it to blow over, like many scandals so often do.

4. Try to forever retire from the business and the public’s eye and live a secluded life of a wealthy man in Jamaica, or The Swiss Alps?

We don’t have the answer, but if Cosby wants to prove his innocence, he better do something quick.