Geesh! Mariah Moved On FAST! After Breakup,See Who She Just Got Caught Kissing

Now Mariah and her billionaire fiance,’ James Packer, are pending exes (Why do we say ‘pending’ you ask? Because Mariah is demanding that James pay her $50 million for the breakup, so it ain’t officially over ’til it’s over), Mariah’s got some serious bounce back action going on. It’s been a little less than two months since the man who she was supposedly madly in love with, broke off their engagement, but apparently Mariah ain’t the one to sit around sobbing. She’s moved on to the next one…

STELLA GOT HER GROOVE BACK 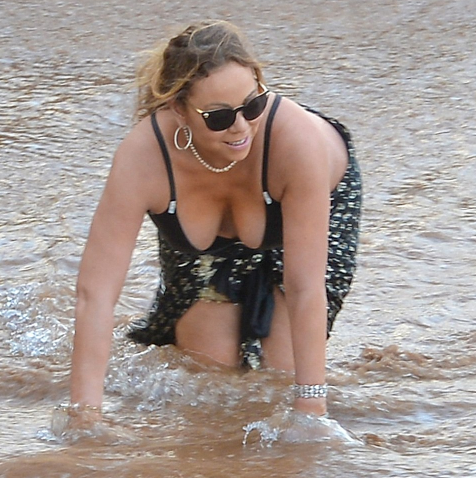 Mariah was just spotted getting her groove back just like Angela Bassett. That's right, 'Ms. Dream Lover' was photographed getting a lil' freaky at a vacation spot in Maui, Hawaii with her younger man. See pics here>>>