Quincy Jones definitely has a lot to say these days. For those who don’t know, the famed producer sparked a media firestorm with his recent interview with Vulture magazine. The Grammy Award-winning legend discussed many aspects of his past dealings with celebrities like Michael Jackson, Richard Pryor and his longtime friend, Marlon Brando. But the entertainment industry wasn’t all he discussed. He even shared details about his friends’ personal lives and their sexual preferences behind closed doors. Quincy even claims Richard Pryor slept with Marlon Brando. For many of the late comedian’s fans, the allegation seemed a bit farfetched but now his widow also has an interesting story to tell.

All Truth and No Lies?:

TMZ recently caught up with Pryor’s widow, Jennifer Pryor, and she also insists Quincy Jones is telling the truth. However, she didn’t stop there. She even confirmed what we previously reported, that her late husband was open about his bisexuality, according to Billboard. However, she also offered an interesting reason for her husband’s actions. Since he was known to dabble in drugs, she admitted that once he was high, not much mattered: “It was the ’70s! Drugs were still good, especially quaaludes. If you did enough cocaine, you’d f*** a radiator and send it flowers in the morning,” said Jennifer Pryor. She also thinks that Pryor would be laughin’ it up if he heard Quincy spillin’ all the piping hot tea he’s been spilling lately: “Richard would have no shame about Quincy’s comments,” admits Jennifer. 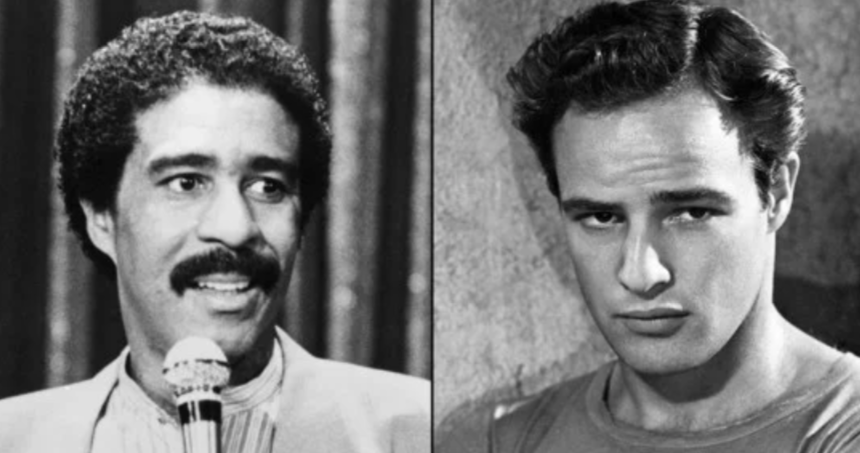 The latest news follows Quincy Jones’ allegations. Initially, fans were giving him the side-eye when he cut no corners discussing the Godfatherstar and Pryor. Quincy recalled the fun times with his friend, Marlon Brando, but as we previously reported, the the conversation took a surprising turn. When asked to further explain what he meant by his comments, he made it very clear. “Brando used to go cha-cha dancing with us,” he said. “He could dance his ass off. He was the most charming motherf—er you ever met. He’d f— anything. Anything! He’d f— a mailbox. James Baldwin. Richard Pryor. Marvin Gaye.”

The interviewer, David Marchese, was shocked. “He slept with them? How do you know that?” Marchese asked Q. Jones just chuckled and then said, “Come on, man. He did not give a f*ck!” Wow…ya’ just gotta love Quincy Jones and all his 84 years of stories and wisdom.