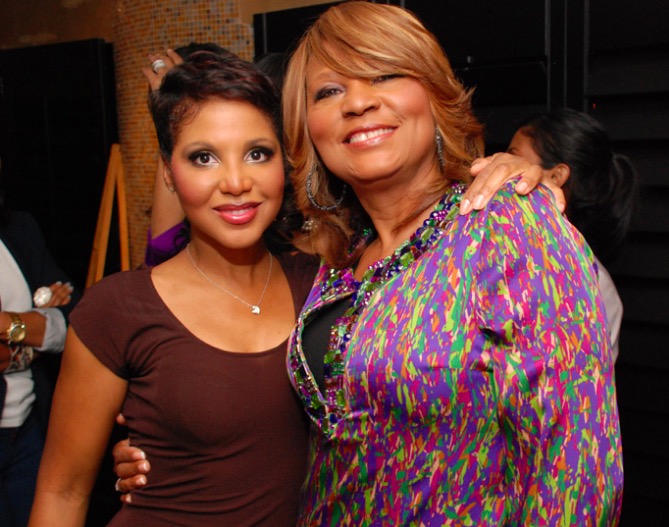 Ever since word got around that Toni Braxton and Birdman were dating, Toni has been radio silent on the topic, although she didn’t shy away from being seen in public with ‘Mr. Respeck on it.’ Well now she’s broken her silence in her interview with “Access Hollywood” and revealed what her Mom really thinks about her rumored boyfriend, as well as another detail about her relationship with Birdman that made us say “Hmmm…” 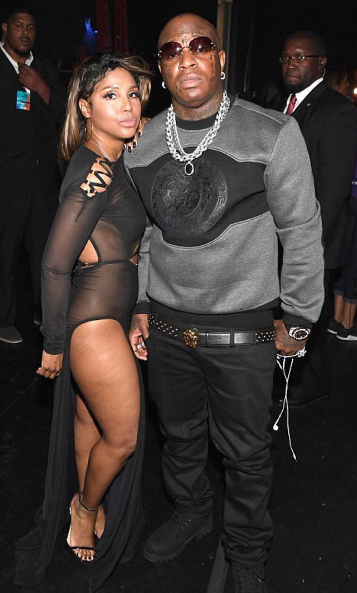 During the interview, Toni raised eyebrows when she said Birdman is nothing more than her “bestie”:

Toni said “He’s [Birdman] a sweetheart, we’ve been friends since 2001. He’s one of my dearest besties friends, like for example, when I had my baby shower, he and his 20 guys came to the baby shower. We had hats and the whole tea party. We’ve been friends forever.”

The thing many probably didn’t expect, is what Toni’s Mom, Evelyn, thinks about Birdman:

“My Mom wants us to [date]. My Mom’s always says ‘You guys have been friends forever, maybe you should’…My Mom LOVES him, he’s such a sweetheart…[but] we’re just BESTIES,” says Toni. 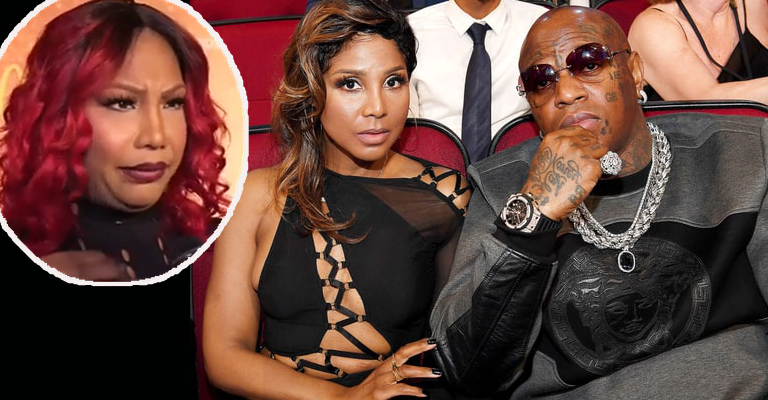 Now just last month (July 2016), her sister, Traci Braxton, said that when she first found out Toni and Birdman were dating, she initially viewed their relationship as “incest” because he’s like family to them, so to her, Toni and Birdman were like ‘kissing cousins’ so to speak, LOL. Tracey also added that she and the rest of the Braxton fam’ are used to their romantic relationship now.

Okay, I’m about to go “Ms. Benita Butrell” on y’all, because SOMEBODY’S lying…but “I ain’t the one to gossip so y’all ain’t heard that from me.”

Plus it’s none of our business anyway…but if they’re gonna keep speaking publicly about it, Toni and Birdman might wanna call a family meeting so they can get all of their stories synced up, LOL. 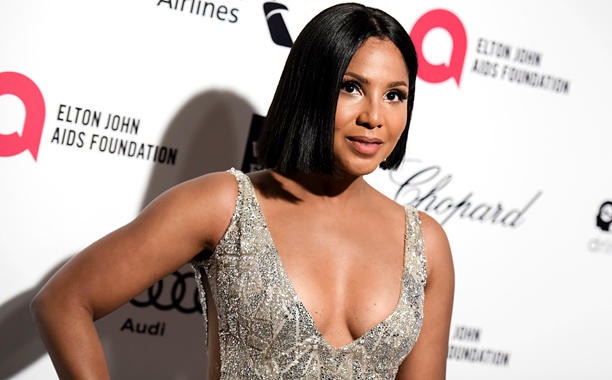 On a side note, Toni also mentioned that her autistic son, Diezel, has made a total 180 degree turn-around and now shows NO signs of autism! How beautiful is that?!! He’s been in treatment programs that helped him evolve at a much more rapid pace and Toni stressed that early detection of autism is the key to having great success in curving the signs:

“Early diagnosis changes everything, I will tell you this, I will shout it from the rooftops. My son, Diesel is off the spectrum! Our lives have changed…NO signs of autism, NO SIGNS! He’s our social butterfly…he hangs out and plays with friends and I’m very very fortunate.”

Toni credited the late, Suzanne Wright, of Autism Speaks, for helping her son tremendously because she suggested what programs to put her son in early-on and Toni said that made all the difference in the world. We thank Toni for sharing that info and we couldn’t be more happy for her son. For more info on different programs for autism, visit AutismSpeaks.org.