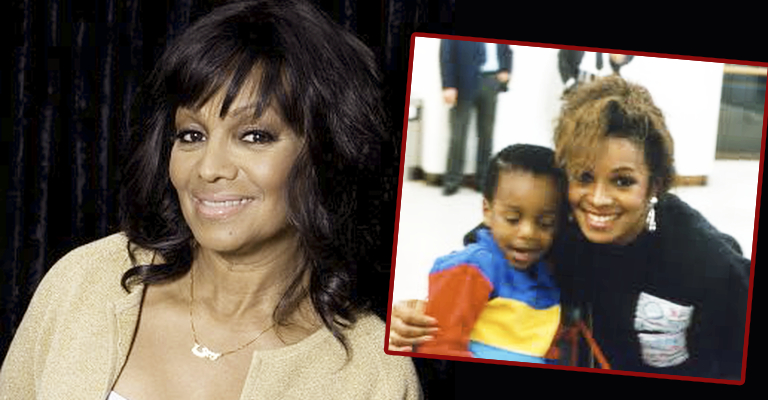 Rebbie Jackson is probably the most private Jackson sibling out of Mama Katherine’s and Joe Jackson’s nine kids, and that’s also probably why we completely missed just how grown the son of her and her late husband, Nathaniel Brown, actually is now. Their son’s name is Austin Brown and he is now 30 years old.

Austin is following in the footsteps of his mother and her siblings, as a singer. His voice naturally has that higher pitched Jackson sound and he’s influenced by some of the greats in the game, like his family, Marvin Gaye, Curtis Mayfield, Stevie Wonder and many more, which is beyond refreshing to hear in today’s younger generation whose musical influence seems to only start with each other. Let’s be real, many of today’s artists sound like their peers’ last radio single, as if they had no musical culture within them prior to their peers’ radio song was released…but I digress.

Rebbie’s youngest child, Austin, is her third born and his Pops is Rebbie’s late husband, Nathaniel Brown. Nathaniel sadly passed away in 2013 from pancreatic cancer and he was survived by he and Rebbie’s three children- Austin and their beautiful daughters Yashi and Stacee.

As Austin releases new music and continues to make a name for himself, he is doing it all on his own. Rebbie, while supportive, definitely did not want him to pursue a music career and Austin revealed that his Mom wouldn’t let him do anything in music until he was an adult-18 years old. Once he turned 18, he hit the ground running full steam ahead in pursuit of the same kind of success that his famous family has had. Check out this short clip of Rebbie and Austin discussing his decision to go into music below…

This young brotha is an adult now, but it seems like it wasn’t that long ago that we were watching his uncle Michael talk about him in one of his hilarious home videos. Austin (whom MJ and his close family also referred to as “Auggie”) was just a kid at the time…probably about 7 or 8 years old. Check him out at about the 2:20 mark as MJ narrates what’s going on in this clip… 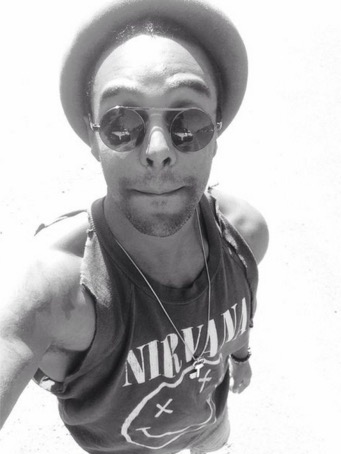 Austin also does some modeling in his spare time and something else he’s done outside of music, was speak up in Bobbi Kristina’s honor to bash the media and the public’s judgement of her as she was still in hospice fighting for her life in 2015 (view Austin’s open letter about Bobbi Kris’ on the next page).

Overall, it’s always a great thing to see the children of legends make every attempt possible to step outside of their parents’ shadow and so far, Justin seems to be determined to do just that. Can’t wait too see what the future holds for this dude.